Educational opportunities are essential for the successful integration of refugees into their host communities and for creating individual prospects for the future. A European seminar organised by the DAAD on 11 and 12 May 2016 explored at different ways of providing refugees – mostly from Syria – with higher education opportunities in Europe and in host countries in the region. 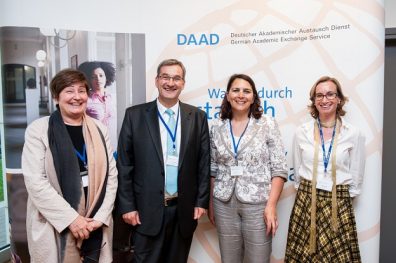 The first day of the event was dedicated to the question of how best to integrate refugees into the European higher education system, looking at specific aspects such as recognition, integration, enrolment, language learning and online learning. The DAAD, which has recently launched a comprehensive programme on integrating refugee into the German higher education system with funding from the German Federal Ministry of Education and Research, shared its experiences and discussed with its European partners which are the best measures to implement at institutional, national and/or European levels. The seminar featured experienced speakers from various European countries, European associations and the European Commission, which announced an “Integration Action Plan” for the beginning of June. 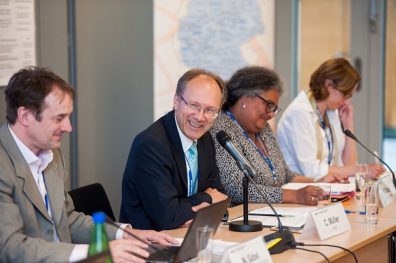 The second day of the event addressed the topic of higher education support for refugees in host countries and presented as one example the HOPES project – “Higher and Further Education Opportunities and Perspectives for Syrians” – a project that was recently launched and is funded by the EU Regional Trust Fund for Syria, the ´Madad Fund`. Project activities will take place in Turkey, Lebanon, Jordan, Egypt and Iraq. The DAAD and its partners at the British Council, Campus France and EP-Nuffic are jointly carrying out this project. The seminar also examined other EU initiatives tackling the migration crisis, such as the Refugee Facility Turkey and the EU Emergency Trust Fund for Africa, and explored the role higher education support plays in combating root causes of migration and providing support to refugees in host countries.

All participants agreed that mid- to long-term investments in the higher education of refugees were worthwhile because they help secure the future of an entire generation of academics.  As Dorothea Rüland, Secretary General of the DAAD put it, ”We need these young people here in Europe or in Syria, where one day they can hopefully contribute to rebuilding their country.”

On the DAAD website you can find a short seminar report in German (“Gemeinsam eine Zukunft schaffen”) written by Sarah Kanning.