The German Academic Exchange Service is a central actor in “German foreign cultural and education policy”. Five projects from the DAAD portfolio, ranging from Iran to Russia, Colombia, and all the way to support for Syrian students and the presentation of German science abroad, were presented at this seminar, highlighting the important role of higher education cooperation in building bridges between countries and people. 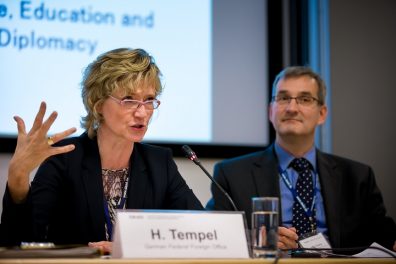 “We work to open-up spaces for communication and cooperation, especially in situations where these spaces are shrinking” said Heidrun Tempel, director for Research and Academic Relations Policy and Cultural Relations Policy at the Federal Foreign Office, to explain the concept of German foreign cultural and educational policy. Peter Greisler, head of the Universities directorate at the Federal Ministry of Education and Research (BMBF), added that “especially in these difficult times, we need to build bridges between our societies more than ever”.

In 2014 – a particularly difficult year in European-Russian relations – the German-Russian Institute of Advanced Technologies was officially opened.

Our Russian partners were grateful that we did not desert them.

Prof. Marauhn from Justus Liebig University Gießen presented another example of “higher education diplomacy”. He is working to setup a German-Colombian peace institute, as “a peace process does not automatically materialise when an agreement is signed; its implementation needs the involvement of civil society”.

Besides university cooperation, the DAAD supports individuals through scholarships. In the end it is people who change societies. Alaa Kanaieh, a Syrian student, came to Germany to study informatics. She is also taking a course on good governance in order to acquire skills that may someday be helpful to her in rebuilding her home country.

What is better in times of war than education?

The seminar’s discussion aimed to contribute to the development of European scientific, educational and cultural diplomacy. To achieve this, Pietro de Matteis from the European External Action Service stressed the need for various stakeholders to work together: member states, the European External Action Service, European Commission delegations, but also, and most importantly, universities, academics, artists and other relevant actors from civil society. “We need not only a top-down, but a joint approach”, he said.

Indeed, “although governments should support collaboration, they cannot forceit. Each cooperation needs to be based on the intellectual and academic interests of academics”, as Ulrich Grothus, Deputy Secretary General of the DAAD, reminded the audience. The DAAD, an association of German universities and student bodies funded by German government ministries and the European Union, combines these interests and acts as an intermediary in this respect. 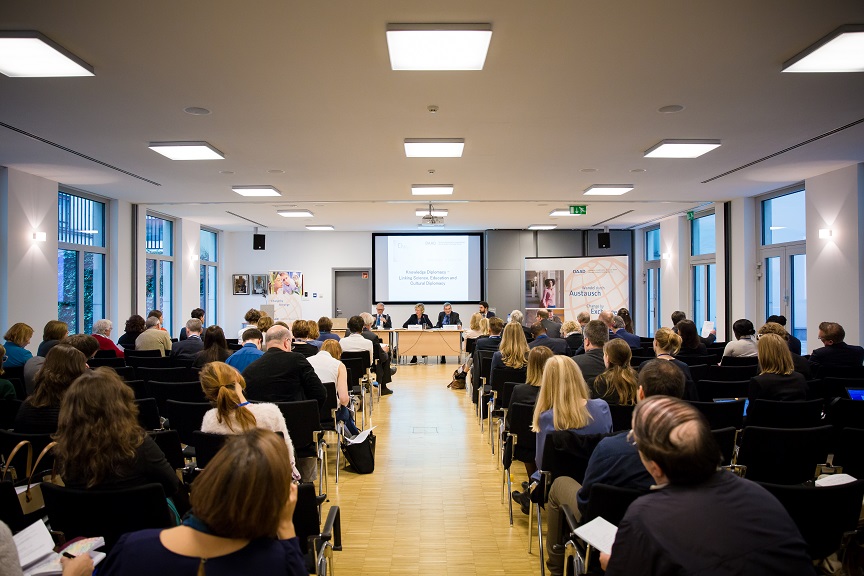 On the DAAD website you can find an interview about the event with Ulrich Grothus, DAAD Deputy Secretary-General (in German).